Merry Wiesner-Hanks for the SSEMW Blog 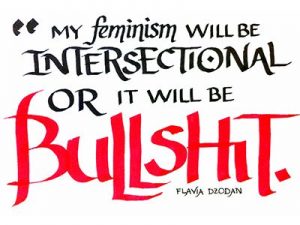 In January of this year, a group of us from Milwaukee joined the hundreds of thousands at the Women’s March in Washington, an experience that even those among us who were veterans of many protests will never forget. (You can see our group as the banner on my Facebook home page, as I can’t bear to change the picture.) As was true for many others, our experience began in the airplane on the way there, when we realized that almost everyone on the plane, even those women in pearls and heels, was going to Washington for the same purpose. Sitting in an airport bar waiting for a delayed plane home, Gwynne Kennedy, Deirdre Keenan, and I decided it was the perfect time to begin planning the 2018 Attending to Early Modern Women conference. (For which there’s still time to submit a workshop proposal: http://www.atw2018.uwm.edu/) The idea for the theme flowed right from our pink pussy hats into our brains: action, which quickly grew into action and agency. As we mulled over possible sub-themes, a host of words beginning with “c” seemed to fit the mood, perhaps because an initial “c” has such a nice hard sound: crisis, conflict, catastrophe, choice, clash, confrontation, constraint, consensus, collaboration, collectivities, cooperation.

Among the fabulous signs made and carried by those at the Women’s March were many that referred to intersectionality, the concept that the nature of oppression is multiplicative rather than additive, and that no one identity—race, class, gender, religion, ability, sexual orientation, and so on—should be considered apart from other identities, but is always materialized in terms of and by means of them. “Intersectional feminist” is also how many young women—and some men—describe themselves on their blogs, Facebook pages, and Twitter or Tumblr posts, and with buttons, T-shirts, and other merch.

The idea of intersectionality is generally attributed to the Black lesbian feminist Combahee River Collective, though the critical race theorist and legal scholar Kimberlé Crenshaw first gave it a name. The 1977 Combahee River Collective Statement, mostly written by Barbara Smith, stated: “we are actively committed to struggling against racial, sexual, heterosexual and class oppression, and see as our particular task the development of integrated analysis and practice based on the fact that the major systems of oppression are interlocking. The synthesis of these oppressions creates the conditions of our lives.” [In Home Girls: A Black Feminist Anthology, ed. Barbara Smith (Rutgers University Press, 1983), 264–74; citation 264.] Thus intersectionality has always been activist, a point emphasized by Linda Gordon in her recent overview of intersectionality in Gender and History [“Forum: Rethinking Key Concepts in Gender History”, 28/2 (August 2016): 299–366, which also discusses agency, gender crisis, and gender binary] and by the editors of a special issue of Signs, “Intersectionality: Theorizing Power, Empowering Theory,” [38/4 (Summer 2013): 785–1055].

These scholarly articles trace the forty-year history of the concept of intersectionality, a history sometimes ignored or elided in social media posts or blogs that seek to explain intersectionality. The Tumblr site “Intersectional feminism for beginners” (http://intersectionalfeminism101.tumblr.com/), for example, gives a nod to Kimberlé Cremshaw, but does not mention the Combahee River Collective Statement nor Barbara Smith. It claims that expanding intersectionality beyond racism and sexism is somehow new, rather than part of the original 1977 statement. So one task for us as feminist teachers and scholars is simply to get the history and the development of the idea right when we explain it to our students or use it in our own work, making sure Barbara Smith is there. Flavia Dzodan, a writer who lives and works in Amsterdam, should be there as well, for her 2011 blog post on Tiger Beatdown that bore the title “my feminism will be intersectional or it will be bullshit,” a slogan also widely available on all kinds of merchandise, yet rarely correctly attributed. Many of us have spent our careers investigating previously unknown or overlooked writers, thinkers, painters, scientists, medical practitioners, mystics, or musicians and making sure they are part of the story, and we harp on accurate citation of sources constantly to our students, so this task shouldn’t be difficult.

We can do more, of course. In “Feminist Theories, Spatialized Epistemologies, and Early Modern Embodiment,” an essay that began as the keynote lecture at the 2012 Attending to Early Modern Women, Valerie Traub points to a number of studies—some now more than 20 years old—in which feminist scholars of the early modern period develop intersectional analyses of gender and race, and sometimes sexuality and religion as well. [In Merry Wiesner-Hanks, ed., Mapping Gendered Routes and Spaces in the Early Modern World (Ashgate, 2015), 15-53.] She elegantly sets out some of the methodological challenges to doing this, but ends by emphasizing what we as feminist scholars of a long-ago era should or indeed must add to any discussion of intersectionality: an awareness of time, that any feminist intersectional epistemology “must be as dynamic and mobile as we can make it.” (p. 53). I have been struck in reading discussions of intersectional feminism that have emerged since the word hit public consciousness in January of this year—granted, some in People magazine or USA-Today but also feminist blogs and websites—how static categories of identity appear in them. (How U.S.-centric as well, but that’s another issue.) Despite the fact that for thirty years scholars of gender, race, class, sexuality, ethnicity, and other categories of identity have stressed that these are culturally constructed and historically changing as well as intersecting, that’s not how they are generally discussed. Thus as people who actually know something about change over time, we need to stress this more, and point out that such categories—as well as many other aspects of society and culture—varied in the past as well as the present. We have seen in the last several years what nostalgia for an invented past and suspicion of change can do, so we need to make sure that our insights about the dynamic nature of the past are not just in scholarly articles or WGS classrooms, but in our “regular” classes and public discourse as well.

The stakes in this are high. Last month at the Sixteenth Century Society and Conference (SCSC), the discussion in several sessions touched on challenges to us as feminist scholars of the early modern period from various fronts in the current political climate. [For a summary of one of these sessions, see the group article forthcoming in the next issue of the Sixteenth Century Journal: “Feminist Forum at the SCSC: Teaching and Activism in a Transformed Landscape.”] One of these challenges is a growing move by groups of the so-called alt-right to coopt the Renaissance as well as the Middle Ages to bolster their white supremacist ideology. [For comments on this from medievalists, see among many: http://www.inthemedievalmiddle.com/2016/12/white-nationalism-and-ethics-of.html; https://daily.jstor.org/old-english-serious-image-problem/ ; https://www.publicmedievalist.com/birth-national-disgrace/, part of a series on “Race, Racism, and the Middle Ages”] White nationalist posters plastered on college campuses this fall, for example, often feature Michelangelo’s David or other white marble sculptures of famous men. As scholars of the Renaissance and early modern period, we need to lead efforts to resist this, as I learned at SCSC those at Northern Illinois University, one of the targeted campuses, did last month. As scholars of women and gender in the early modern period, our efforts to broaden the scope of who counts as an author or artist and what matters as a valuable subject of study have taken on new urgency, especially with our students. Whatever we do to communicate the more varying, multiple, and interconnected past—and particularly the more varying, multiple, and interconnected European past—that scholarship on early modern women has helped create has become activism, or least far more “engaged” than it was just a few years ago. Sometimes activism involves pink pussy hats, and sometimes Powerpoint presentations.