“Transnational scholarship is all the rage,” to borrow from Allyson Poska’s inaugural blog for SSEMW in September 2016. Rightly so. As students and scholars of early modern women, we are increasingly searching for the ways in which these women participated in a variety of transnational communities of letters, be they agents of empire, colonizers, noblewomen and royalty, women religious, writers, thinkers, scientists, or artists. 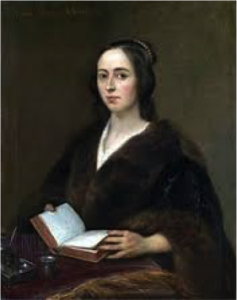 A prime example of an early modern woman who crossed borders is the German-born Dutch linguist and scholar Anna Maria van Schurman (1607-78). Over the past two decades, much has been learned about the extraordinary amount of networking that ‘The Star of Utrecht,’ as she was known in the Republic of Letters, managed to welcome, initiate, and oversee in her extensive correspondence in several languages—Latin primarily, but also Greek, Hebrew, French, and Dutch, with citations in Arabic—with the male and female scholars, writers, artists, and royalty of Europe. Her letters reveal the breadth of her interests in theology, philosophy, medicine, literature, painting, sculpture, embroidery, and instrumental music. Her fame was due as well to being the first woman ever to attend officially a university (although she was hidden in a curtained booth), and to advocating, boldly, that women should be admitted into universities. The publications and translations of her letters, poems, and spiritual autobiography span several decades of her life. They await, still, a complete edition.

I shall focus here on the women with whom she established networks of communication and on how they saw her: as prodigy, celebrity and tourist attraction, exemplar, mentor, friend, soeur d’alliance, and sister in faith—she was a member of the Dutch Reformed Church until the last decade of her life when she joined the separatist household of the charismatic sectarian preacher Jean de Labadie. What makes Van Schurman so interesting is that she communicated with such a wide range of women intellectuals from so many countries. Readers of this blog will recognize many of them. 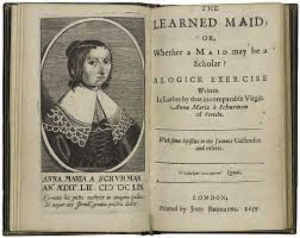 In April 1641, the Anglo-Irish noblewoman Lady Dorothy Moore contacted Van Schurman. They had already met a little earlier through an exchange of letters in Hebrew. Now newly widowed, Moore was in need of spiritual direction. Van Schurman proffered her advice, and then expressed a startling thought. She imagined, she said, the possibility of some day living with Moore: ‘If, by God’s Grace, it were possible for us at some point to enjoy the happiness of living together in one and the same place, I have no doubt that we would be able to stimulate each other unto virtue, all the more in so great a harmony of affections and studies” (Van Schurman, Opuscula [1648], 196). In brief, she hoped to set up a household academy wherein to share their lives and studies.

This striking example illustrates beautifully Van Schurman’s networking ability, which she viewed as a means to furthering her scholarship and deep piety. Carol Pal argues compellingly in her Republic of Women (see Further Reading below) that the learned women in Van Schurman’s network were not marginalized or segregated from the larger international Republic of Letters; they formed an integral part of the religious, political, and scholarly networks of the seventeenth century. Van Schurman’s letters and poems, as well as the self-portraits she sent, indicate her desire to create a broadly-based circle of friendship with women communicating with her and, in the case of several, with one another. 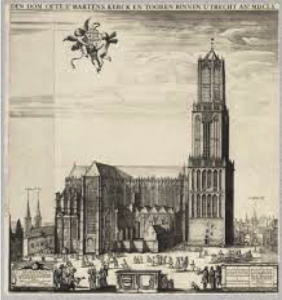 Such an extensive network began in Van Schurman’s own country, the prosperous United Provinces of the Netherlands, known also as the Dutch Republic. From her base in the city of Utrecht, where she lived for over fifty years in the same house on Achter de Dom (in back of the cathedral), she became an exemplar, paradigmatically embodying two practices: first, her glowing scholarly reputation spilled over onto other learned women, elevating their reputation; and, second, her eagerness to connect with them, and they with her, spoke to their eagerness for mutual support and recognition as intellectuals. Johanna Hoobius’ poetic collection, Het Lof der Vrouwen [In Praise of Women, 1643], gives voice to Dutch learned women’s pride in being recognized through the praise given to Van Schurman: “Your splendor falls on us,” she writes, “in your bright rays we stand / The name we have in you will live on without end. / Yes, we feel honored, too, when you stand tall with men” (in Riet Schenkeveld-van der Dussen, 44). In short, they saw her as a trailblazer. 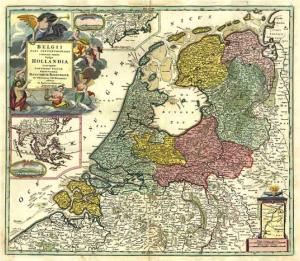 Map of the Netherlands

Thanks to her linguistic brilliance—she knew some fifteen languages[[i]]—and the publishing of both her inaugural Latin ode for the University of Utrecht (1636), as well as her vigorous defense of women’s higher learning (Paris, 1638), Van Schurman’s reputation crossed borders; she became internationally famous.

In the 1640s, she corresponded in French with the Catholic Marie Jars de Gournay, the Huguenot Princess Anne de Rohan, her Reformed soeur d’alliance Marie du Moulin, and three Catholic queens, Marie de Medici, Anne of Austria, and Henrietta Maria; in Latin and French, with Elisabeth of Bohemia; in Greek, with Bathsua Makin; in Hebrew and Latin, with Dorothy Moore; and in Latin, with the Danish scholar Birgitte Thott. 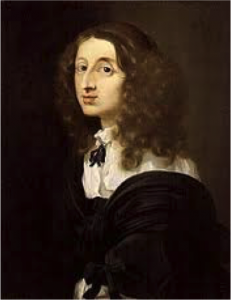 Van Schurman also played a role in introducing creative women to one another and to her influential male admirers and mentor. Marie du Moulin, for example, corresponded with Madeleine de Scudéry and Valentin Conrart in the querelle over Joan of Arc, a lively controversy (1646-47) in which Van Schurman relinquished her place to Du Moulin. Dorothy Moore, taking her cue from Van Schurman’s letters to her mentor André Rivet on a woman’s need for higher studies, corresponded with him on women’s roles in the church.

As an artist and accomplished musician, Van Schurman attracted talented women in the visual and musical arts. Mme Coutel, a local French painter, sent her samples of her art work; Magdalena van de Passe, from an illustrious family of engravers in Utrecht, trained her, leading her to engrave her own self-portraits and those of others. The Dutch-born English singer Utricia Ogle, Lady Swann, became a life-long friend whom she frequently accompanied on several musical instruments.

Finally, Van Schurman was particularly sensitive to the academic and artistic pursuits of her female contemporaries. She made sure to connect with the female members of the families of her epistolary male acquaintances. They were as important to her networking as their male kin. She sent samples of her art to the young daughters of her correspondents; five copies of her 1640 engraved self-portrait went to the family of Sir Simonds D’Ewes, the English antiquary and member of Parliament; John Morris, an English Anglo-Saxon scholar, had a sample of his daughter’s art work sent to her, to which she reciprocated with a sample of her own. 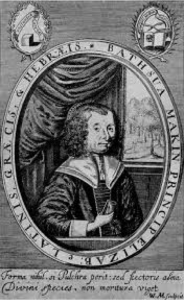 She also took an interest in guiding the efforts of her female correspondents in their learning and publishing. For instance, she encouraged Marie du Moulin to learn Hebrew; she expressed strong interest in an essay on virtue on which Bathsua Makin was working in the mid 1640s; and she taught the art of poetry to Sara Nevius, a sister in faith, whose meditations on the spiritual life were published posthumously.

Even in the last decade of her life, when at the age of sixty-two Van Schurman had moved into the Labadist household, she did not give up her networking practices. But she pursued them differently. She was drawn to the small separatist community for its familial friendship among upper- and lower-ranked women who valued above all the spiritual life of Christian simplicity taught by Labadie. These were not just elite learned women. 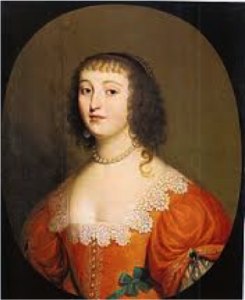 In those years, when she did correspond with learned women it was primarily on behalf of her dissenting household. In the course of the community’s nomadic existence, she renewed her correspondence with Elisabeth of Bohemia, abbess since 1667 at the Lutheran Damenstift abbey at Herford, to ask permission to find refuge with her, which Elisabeth granted; she also corresponded with Elisabeth’s sister, the future Electress of Hanover Sophia von der Pfalz, and the German Pietist Lady Johanna Eleonora Peterson on the spiritual life. Upon Labadie’s death in 1674 at Altona, near Hamburg, she contacted the English divine John Owen concerning a new place of refuge in England. Had she succeeded, notes David Norbrook in his “Autonomy and the Republic of Letters” (276), she would have connected with the Lucy Hutchinson, a close ally of Owen.

Van Schurman’s fame eventually reached the American colonies. The Puritan minister Cotton Mather, in his Ornaments for the Daughters of Zion (1692), includes her in a section on American “authoresses” alongside the poet Anne Bradstreet. In his Magnalia Christi Americana, Or, the Ecclesiastical History of New England (1702), he defends women’s capacity for literary pursuits, praising Van Schurman as his most eminent example.

Van Schurman’s world, her correspondents, friends, and peers, all thought and networked transnationally. They frequently travelled and moved to other countries. As members of the far-flung Republic of Letters, they mirrored its intellectual practices. In so doing they were integral to the movement of ideas across borders. We do well to attend to the remarkable diversity of their lives and writings.

Anne R. Larsen is Lavern and Betty De Pree Professor Emerita of French at Hope College. Recent publications include Anna Maria van Schurman, ‘The Star of Utrecht’: The Educational Vision and Reception of a Savante (2016), and the SSEMW-awarded collections and edition, Early Modern Women and Transnational Communities of Women (with Julie Campbell, 2009), Encyclopedia of Women in the Renaissance: Italy, France, and England (with Diana Robin and Carole Levin, 2007), and From Mother and Daughter: Poems, Dialogues, and Letters of Les Dames des Roches (2006). She is currently completing with Steve Maiullo a critical edition and translation of Van Schurman’s manuscript letters and poems for “The Other Voice in Early Modern Europe” series.

Baar, Mirjam de. ‘“God has chosen you to be a crown of glory for all women!’ The International Network of Learned Women Surrounding Anna Maria van Schurman.” In ‘I have heard about you.’ Foreign Women’s Writing Crossing the Dutch Border: From Sappho to Selma Lagerlöf. Ed. Suzan van Dijk et al., 108-35. Hilversum: Uitgeverij Verloren, 2004.

Larsen, Anne R. Anna Maria van Schurman, ‘The Star of Utrecht’: The Educational Vision and Reception of a Savante. Series: Women and Gender in the Early Modern World. London: Routledge, 2016.

—–. Whether a Christian Woman Should be Educated and Other Writings from Her Intellectual Circle. Ed. and trans. Joyce L. Irwin. Chicago: University of Chicago Press, 1998.

[i] Van Schurman knew both ancient and oriental languages (Latin, Greek, Biblical and Rabbinic Hebrew, Arabic, Chaldeic [or Aramaic], Syriac, Persian, Samaritan, and Ethiopian), as well as six modern languages (French, German, Italian, Flemish or Dutch, English, and Spanish). Although none of her Dutch contemporaries refer to her knowledge of Spanish, at least three non-Dutch intellectuals, Jean le Laboureur, Father Louis Jacob, and Rotger zum Bergen list Spanish as one of the languages she knew. On Le Laboureur, and Jacob, see Van Schurman’s Opuscula (1648), 340; 348; on Bergen, see Beek 2015, 57. Bergen knew Van Schurman’s cousin Anna Margaretha van Schurman, who could have informed him.

[ii] Makin published An Essay to Revive the Ancient Education of Gentlewomen (1673); Moore wrote a tract, ‘Of the Education of Girls’ (ca. 1650), no longer extant; and Du Moulin published anonymously De l’éducation des enfants (1654, 1679). According to Francesco Clodoveo Maria Pentolini in Le donne illustre (Livorno, 1776) (cited in Stevenson, Women Latin Poets, 365), Gonzague is credited with a Latin dissertation on whether women should be learned. Wooley, the supposed author of The Gentlewomans Companion; or, a Guide to the Female Sex (1673), accords the greatest praise to Van Schurman in her catalog of savantes.

This entry was posted in Articles and tagged networks, Republic of Letters, transnationalism, Van Schurman. Bookmark the permalink.

2 Responses to January 2017 – Early Modern Women and Transnationalism: The Case of Anna Maria van Schurman, ‘The Star of Utrecht’